There’s little more revolting than black mould. Not only does it look unsightly, but it can also create a dreadful smell, as well as being responsible for a range of unpleasant health risks.

In short – black mould need to be removed as soon as possible after discovery. Here’s how…

How to Get Rid of Black Mould With Bleach

Over the years I’ve found one of the most effective techniques for ridding your home of black mould is to use a bleach solution.

You can either make your own at home – a 50/50 mix of bleach and lukewarm water – or you can buy a spray at most supermarkets that do the job. Personally I’ve found the sprays, while a little more expensive, to be far more practical.

The process is relatively simple:

Using bleach in an enclosed environment can be dangerous. So start off by closing the door of the room to be treated, and open up all the windows. In bathrooms, turn on fans too.

To be safe, a range of protecting equipment should be used when handling bleach (and mould). Ideally keep legs and arms covered, and wear rubber gloves. Additionally goggles and a mask are strongly advised, and can be purchased quite cheaply.

To attack the visible mould in your home you’ll want to gather together your bleach spray, a sponge for wiping the wall, and a bucket of hot water. Paper towels can also be useful for drying the treated area.

Spray and Wipe Till Clean

Ensuring you’ve spot-checked that your bleach won’t damage paintwork etc., gently spray the mould and wipe away with a sponge. This will quickly turn black, to rinse it thoroughly and regularly in your bucket of water to prevent smudging and spreading the mould across unaffected areas. By the end, all visible signs of mould should be eliminated.

Lastly, allow the treated area to dry. The area can be tabbed with kitchen towel to remove the worse of the liquid, then simply leave the windows open as long as necessary to properly dry the area.

Be certain to dispose of any leftover bleach, and any other equipment, in a safe and legal manner.

How to Prevent Black Mould Coming Back

Most articles on how to get rid of black mould focus only on the visible mould. Once this has gone, many people believe the problem has gone away.

However nothing could be further from the truth.

The appearance of black mould may be unpleasant, but it also suggests further problems in your home. For properties suffering with a black mould infestation, even the above steps, while effective, are likely to only be a short term solution.

As a result once the visible signs of mould are gone, it therefore makes sense to treat the route cause. Doing so will significantly reduce the chances of mould returning.

Almost without exception, the cause of black mould is a moist environment with minimal air flow. This is why it is so common in bathrooms, or behind furniture in under-used bedrooms. A dry and well-ventilated room will very rarely suffer from black mould.

Getting Rid of Black Mould Permanently

Making sure that black mould doesn’t return is all about assessing your property, in order to provide a dryer and better-ventilated area.

There are a number of sources of dampness, such as:

This can be particularly common if the outside wall of the room faces north – the side of your house that receives the least sunshine.

First and fore most you’ll want to increase the ventilation in the room affected. This prevents mould from taking hold, and can have a significant effect on whether mould returns.

Move Furniture Away From Walls

If you have found black mould in a bedroom or your living room start off by moving all furniture away from the walls. Aim for some 4-6 inches of space between the wall and any bookcases, sofas etc. This prevents stagnant pockets of air from forming, as air will naturally move around behind the furniture during everyday activities.

Artificially ventilating a room can also go a long way to preventing black mould. Consider installing a fan or two in such rooms, or upgrading what you already have. Fans should be turned on regularly (such as with a timer) in order to provide regular air movement.

While it might not be a popular option in winter, leaving windows open during a bath or shower, and keeping them so for a period of time afterwards, can also be beneficial. When your morrow demists it should be safe to close the windows again.

As black mould tends to favour moist conditions, heating up your home can help to evaporate away any damp. A common problem experienced is home owners who choose not to waste money heating unused rooms, or those who own two homes so only turn the heating on when they visit. To reduce the risk of mould returning try to heat each room on a regular basis.

The next part of the puzzle is to reduce the moisture content of your home. Here you can either reduce the water vapour that goes into the air in the first place, or try to draw as much out of the air as possible.

Drying laundry indoors can raise the humidity in your home considerably. This is especially so if you’re attempting to dry clothes quickly by placing them on radiators. Ideally, laundry should be dried outdoors in the fresh air, but if you must dry it indoors, be sure to close the door and open the windows to avoid stale air.

One of the reasons why black mould is so common in bathrooms is the amount of steam that baths and showers give off. Showers generally use less water, so can be better for preventing black mould. Also, try to keep your bathing to short periods to give off as little steam as possible.

Keep Lids on Pans When Cooking

Another common source of moisture in the home is boiling water in the kitchen, such as when cooking pasta or rice. Get into the habit of placing lids on pans, as this will not only reduce the moisture given off, but will also save you money on your power bill too.

There are a huge range of different dehumidifers available. Larger plug-in units can be used in bedrooms and living areas, whilst static units, often containing silica gel, can be used in bathrooms. You’ll be surprised just how much moisture these devices can absorb, so while they may seem expensive they can represent a worthy investment in a damp home.

A range of mould-resistant paints and treatments now exist. In cases where black mould keeps on returning to a particular room in your house, it may be wise to consider the possibility of applying one of these paints to keep keep mould at bay.

Lastly, if you’ve tried all the above suggestions without success then it may be worth hiring a professional damp-proofer to come and inspect your property. They’ll be able to identify causes that you and I might miss (such as ill-fitted windows or cavity wall problems) which can permanently resolve black mould. 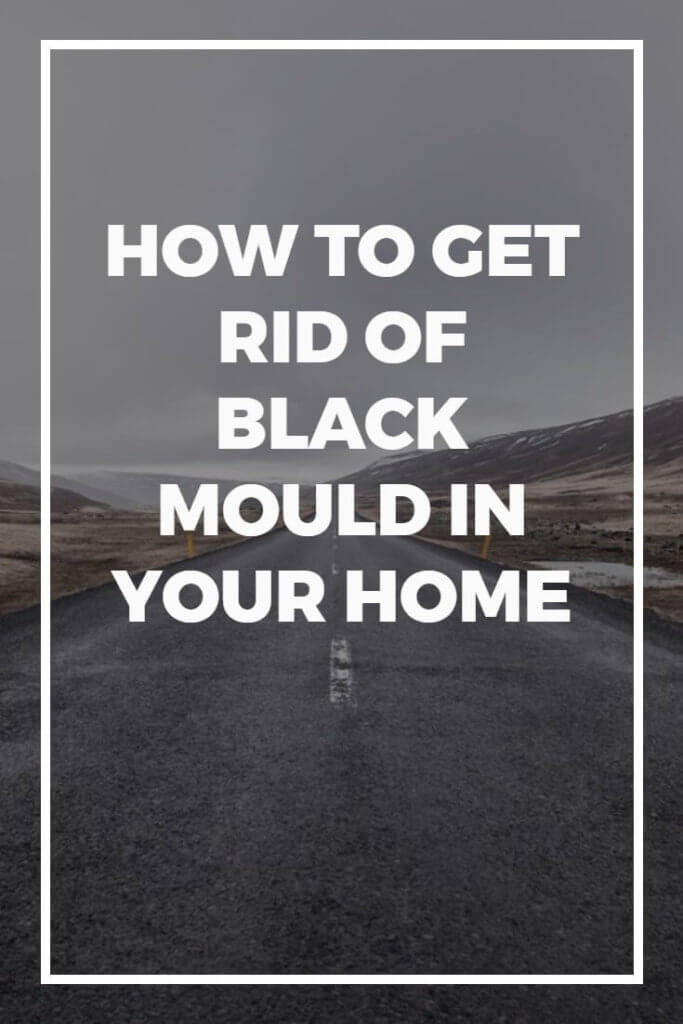